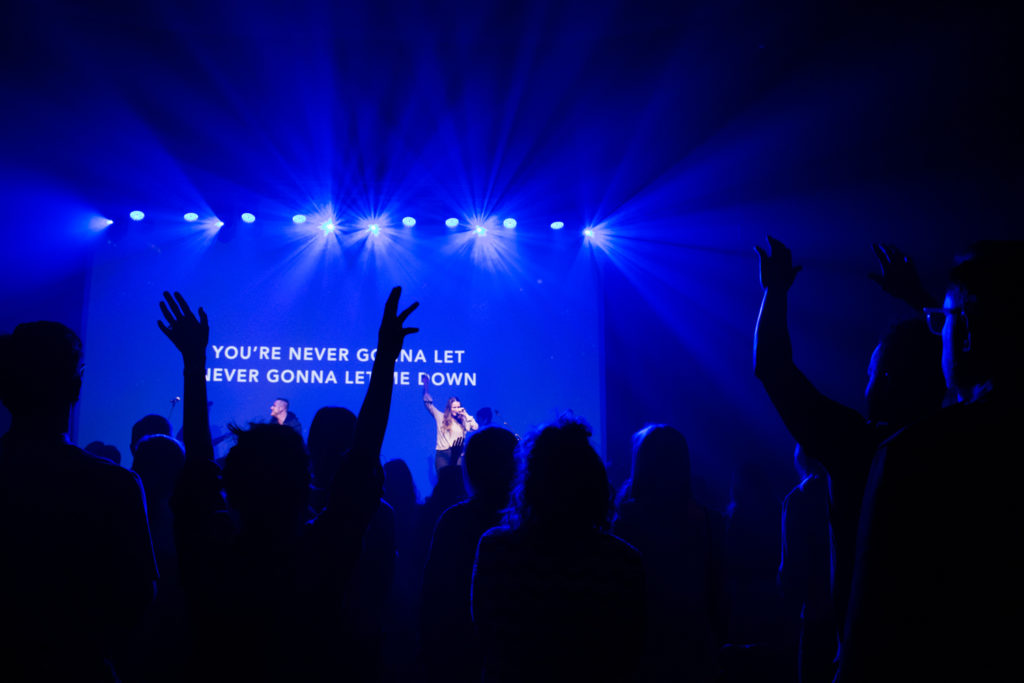 I lived next door to a gal who’s dad would pastor a church and abuse children. The leaders of the church would find out, cover it up, and then quietly ask him to leave—a condemnable sweeping under the rug. And then, of course, he would go do it again at another church. For decades he did this until someone finally found out and he spent some time in jail.

With the #MeToo movement this past year, where men in authority and power had abused that power, and with the corresponding movement called #Churchtoo where stories of sexual assault and the hiding of abuse came out, rightly sickened most of us. And then you have the Catholic Church abuse scandal where it was discovered that over a 1000 abuse cases were covered up.

This culture of abusive authority makes the Advent season all the more a breath of fresh air—a breathing in of hope for a better King.

A King who won’t let us down.

The scriptures refer to the Messiah’s kingship perhaps more than any other theme. In fact, much of the Old Testament is one big inhale of anticipation, waiting for the King to deliver God’s people from their enemies and themselves.

King Saul was tall and good-looking but that’s about all he brought to the table. Under King David, God’s people flourished, despite his murderous, adulterous ways. But David died and at one time you could visit his tomb (Acts 2:29); he wasn’t the long-awaited king either. His son Solomon was rich and wise, but not wise enough to stick with one wife and instead went varsity and had about a thousand of them. And on and on we could go.

Israel’s history is a litany of mostly bad kings, a royal mess. And all the while the prophets proclaim a true and better King to come.

A King in Weakness

And then Jesus comes. Not to a palace in Rome, but a Bethlehem manger. Not to a royal family, but to peasants. Jesus doesn’t come in power, he comes in weakness. Christmas is about a king in weakness.

Augustine considered the paradox of Christmas: “He was created of a mother whom he created. He was carried by hands that he formed. He cried in the manger in wordless infancy, he the Word, without whom all human eloquence is mute.”

In our culture we desire power, we celebrate power—the more money, the more influence, the more status, the more followers, the more knowledge, the better. But Christmas is a different message; it’s about weakness.

So the King of kings arrives in weakness. Bestowed on him are royal gifts of gold, frankincense, and myrrh. He is the King whose reign will never end. He is the Davidic King that will rule forever. His followers want to make him a king. James and John want throne seats at his right and left hand. He has ultimate control and supreme power over all things, but he didn’t find the king’s scepter a thing to be grasped, instead he loosened his grip, and became a servant (Phil. 2:6-7).

The king arrives in weakness, and he dies in humility.
He lowered himself even to death on a cross.
Powerless, without control, spiked to a Roman crossbeam, the King of the World.

A King who won’t let us down.

At one point they mock him some more and call out for him to save himself—surely a king would, right? Pull some strings, one word and a battalion to defend him, angels to rescue him (Luke 4:10-11). “He saved others!” they shout, “but he cannot save himself.” Logically it makes sense. “He is the King of Israel; let him come down now from the cross, and we will believe in him” (Matt. 27:42). Certainly he can save himself, but paradoxically he can’t. In order to truly “save others” he can’t save himself—in his most powerful act, Jesus becomes weak.

Jesus became weak, for the weak, that we might become strong.

Jesus came first as a King in weakness; he will come again though in power. With his Bride, the Church, now purchased, his second advent involves a sword and many diadems (see Rev. 19). The Lamb who was slain is the Lion of the Tribe of Judah, from whom the scepter shall not depart. He took on the form a servant, being born in the likeness of men. He humbled himself even unto death, death on a cross…therefore God has highly exalted him, that at the name of Jesus, every knee will bow low before his King, every tongue will melody a hymn that Jesus Christ wears the crown, to the glory of the Father. This is Jesus for you.

The King of Kings lay thus in lowly manger;
In all our trials born to be our friend.
He knows our need, to our weaknesses no stranger,
Behold your King! Before Him lowly bend!

This post is an edited excerpt from Jim’s book, Jesus For You.