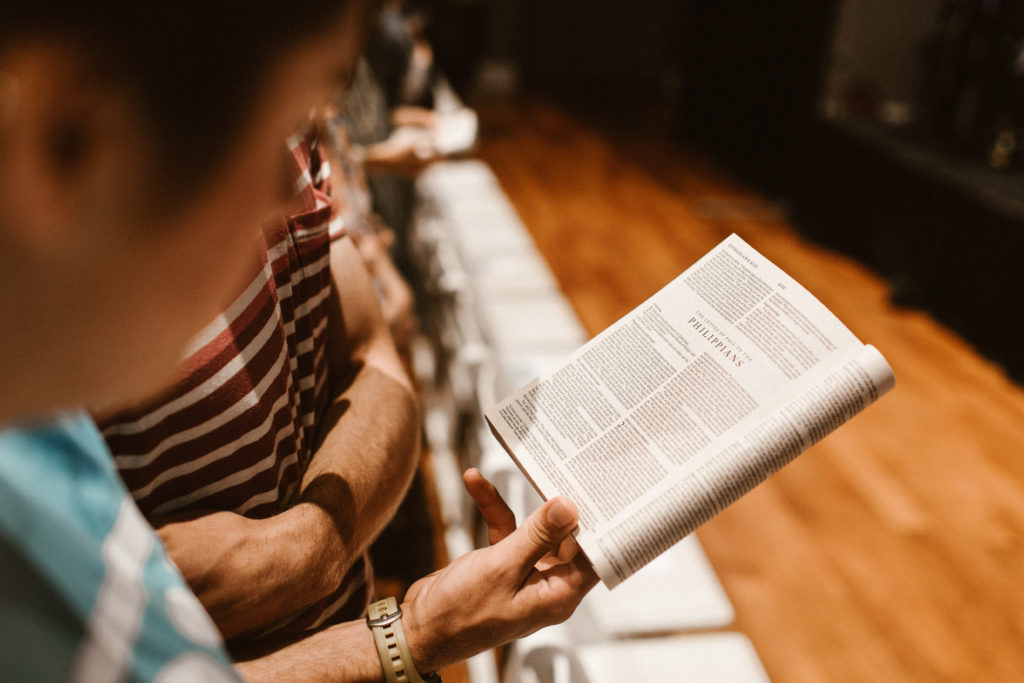 “I don’t like it, but I have to stay true to what the Bible says.”

“If it were me I probably wouldn’t have it this way, but this is what God says.”

I’m hearing more statements like this as our culture moves evermore into its secular age—from Christians and pastors a like.

As we encounter friends and neighbors asking uncomfortable questions about sexuality, male/female roles, and even hell and judgement, do you apologize for God?

I realize that Christians and non-Christians are both haunted—the former by doubt, the latter by belief. I understand that sometimes those statements above flow from a genuine struggle or doubt as it pertains to what we do believe about homosexuality, complementarianism, and eternal judgement (among others).

If you’re in that place and merely speaking from a genuine heart that is unsettled and wrestling, I think I get it. (Even then, I wonder if there’s a wisdom to our speech that could be more Davidic in our doubts, that still trusts in God…)

But I wonder if more often we say those things for the benefit of our hearers rather than out of a vulnerable place of doubt ourselves.

NOT JUST BIBLICAL, BUT BEAUTIFUL

Perhaps our overemphasis on head knowledge (in these last few generations of the church) have led to a heart that desires one way but a head that reads the Bible another. Maybe we only see things as biblical, but not beautiful.

Complementarianism, the idea that God made both man and woman equal as image bearers, but having differing roles (only) in the church and home, is certainly controversial in our day. With the #metoo and #churchtoo movements bringing to light abuse of authority and a rebuff of anything that smells of patriarchy, complementarian views are becoming even less palatable.

For those of us who clearly see its biblical truth we are put in a tough position to have to preach out of season—“this doctrine is biblical,” we may say, “but…”—and here comes our attempt at softening the blow.

Complementarianism is a doctrine that flows out of the truth of the Trinity. Complementarianism in marriage—where a loving husband lives to die to his wife daily as her head, and a freed up bride submits to his sacrificial authority—images the beautiful truth of Christ and his Bride. It’s not just biblical, it’s beautiful.

Homosexuality isn’t just an ethereal topic in the political and cultural sphere—it’s a conversation with real people, who have real desires or real family members and friends with real relationships with people of the same sex. It’s a conversation that goes to the core of someone, it hits at their very identity.

But when we apologize for what the Bible says about homosexuality, trying to soften the offense, we end up offending God. The unity in diversity that male/female marriage represents, the love of the “other,” the good design of God, the image of our union with Christ, makes the conservative stance on sexuality not only biblical but beautiful.

Hell is another doctrine we tend to apologize for. And while no one would say that hell is beautiful, we do recognize the beauty of God’s holiness (Ps. 96:9). It’s a beautiful thing that God is just, that he will vindicate his name and his people. There’s hope and beauty even in suffering, knowing that all things will come to light and will have their reckoning before the Great White Throne of judgement.

Jesus didn’t apologize for the Bible, nor for his Father. But instead repeatedly said that he does and says whatever the Father tells him; that not one bit of the Bible will fall away but instead be fulfilled beautifully in him.

Maybe we only see things as biblical, but not beautiful.

When the Sadducees came to him one time with their culturally relevant and fluid doctrine on the after life, Jesus didn’t apologize for his conservative stance, he confronted them: “Jesus said to them, ‘Is this not the reason you are wrong, because you know neither the Scriptures nor the power of God?’” (Mark 12:24).

AN ENCOURAGEMENT AND CHARGE

Brothers and sisters in Christ, I know we face a torrential tide of cultural opposition, I know we love dearly our neighbor who hates our stance on these white-hot button issues. I know we want them to be able to hear of the love of Jesus and the grace of God, and we rarely get the time in the relationship to nuance well and speak winsomely. I get it.

But know the Scriptures and the power of God, and trust that God to reveal his beauty to those  you are witnessing to. Speak with boldness about the beauty of God and his ways. Bring these doctrines into your heart and not just your head.

“Defend the Bible? I would as soon defend a lion! Unchain it and it will defend itself. Open the door, and let the lion out! I believe that would be the best way of defending him, for he would take care of himself; and the best “apology” for the gospel is to let the gospel out.” —Charles Haddon Spurgeon